Only 5 minutes from Polhawn Fort. 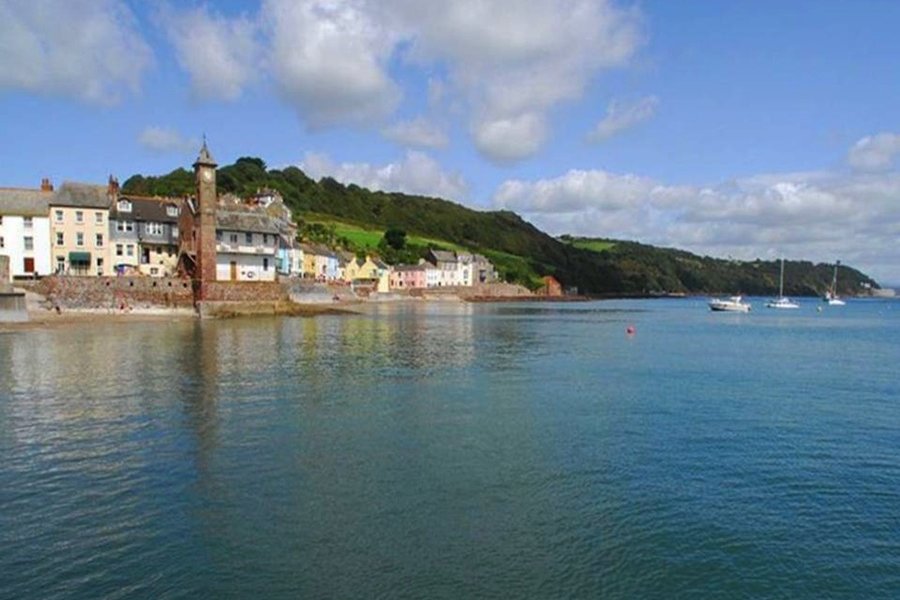 The Blue Monkey luxury self-catering holiday
cottage is situated between Cawsand and Kingsand,
in Cornwall and is set on the edge of the beach so
is an ideal coastal holiday cottage for you to get
away from the humdrum of city life. 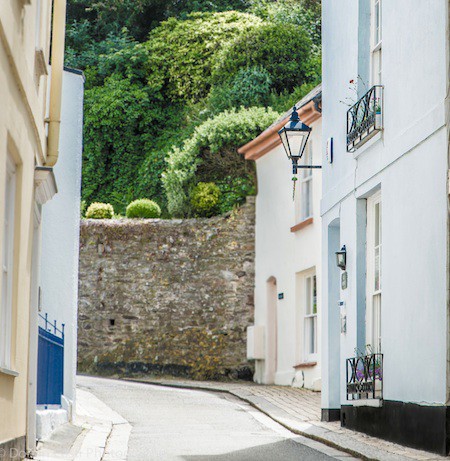 Blue Monkey is an idealistic, luxury holiday cottage in Cornwall and is steeped in history which makes it highly unique to holidaymakers.

The name Blue Monkey is a collaboration of names; the first part comes from a village pub known as “The Blue Anchor”.  This was, according to locals, allegedly frequented by none other than Admiral Lord Nelson! The Second part of the Blue Monkey name hails from the time when the house was used as the cannon ball store supplying the fort; “Monkey” was the name given to the triangular formation the cannon balls made when stacked, hence Blue Monkey was born.  Since then Blue Monkey has also been a family home, shop, tea rooms and a B & B. 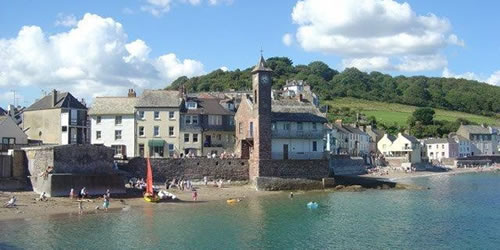 The history surrounding Cawsand Bay is enthralling. Notorious for being the haunt of smugglers in the 18th & 19th centuries it was estimated that 17,000 casks of brandy a year were smuggled. Fishing, boat building and farming also form the basis of this quaint, unspoilt village’s heritage. In March 1587 the Spanish landed a raiding party at Cawsand which tried to burn down the village, but one man with a musket put them to flight! Cawsand is said to be the birthplace of John Pollard, who served on the Victory during the battle of Trafalgar, and who is credited with killing the man who fired the fatal shot at Nelson. Nelson himself anchored in the bay in 1801.

Originally Cawsand was the border between Saxon England and Celtic Cornwall with a small stream marking the border (running along Skinner’s Car park). The village is part of the estate of the Earl of Mount Edgcumbe and the area around Cawsand is known as the Rame Peninsula. The village lies within the Parish of Maker and Rame, named after the two nearest churches. 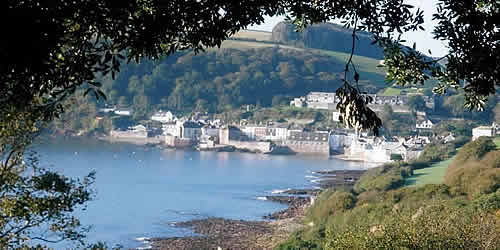 The villages of Kingsand & Cawsand are the perfect base for the discerning holiday maker. The historical fishing villages are unspoilt by time & still retain their colour-washed old cottages, narrow streets, pubs, restaurants and shops. Perhaps the most recognisable feature of the villages is the clock tower on the Kingsand seafront, erected to commemorate the coronation of King George V. Set in an Area of Outstanding Natural Beauty they are frequently winners of the Best Kept Village award.

Cawsand Bay offers the ideal place to relax but is also popular for swimming, windsurfing, water skiing, a dream training area for those who are more active! For a fishing break, why not try sea angling, – bass, wrasse, pollock or mackerel are readily caught from the rocks. Bird watchers might see buzzards circling overhead or cormorants fishing, & the really lucky ones may even glimpse a basking shark or a dolphin. Nearby Whitsand Bay is also popular with beachgoers, surfers, and shore-fisherman. 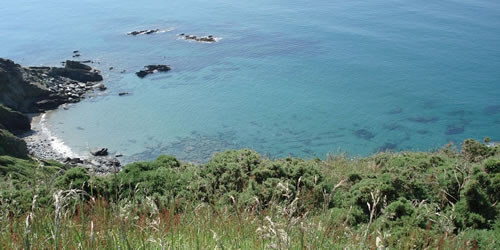 Bordered on three sides by the waters of the Rivers Lynher, Tamar and Plymouth Sound, it is known locally as ‘The Forgotten Corner’ and still has an isolated feel about it despite being so close to Plymouth. The Rame Peninsula is an area of outstanding natural beauty with quiet secluded beaches, magnificent scenery and spectacular walks.

Visitors travelling by car approach the Peninsula by crossing the Tamar Bridge on the A38 or by going through the thriving city of Plymouth with its deep naval traditions and excellent shopping facilities, and boarding the chain ferry to Torpoint. Visitors on foot or with bicycles can take the passenger ferry from Stonehouse in Plymouth to Cremyll or, in the summer, can you can take a delightful boat trip from the Mayflower Steps on the Barbican across the Sound to Cawsand Beach. 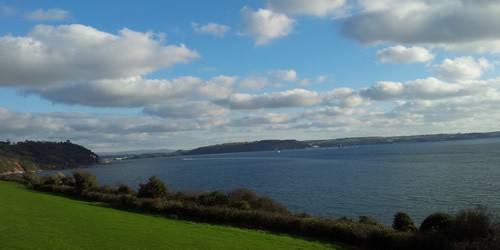 The South West Coast Path follows the coastline past Penlee Point and Rame Head, with its 11th century monks’ chapel and stunning views to the glorious 4 mile stretch of sand and surf at Whitsand Bay popular with beachgoers, surfers, and shore-fisherman. With the Devonport Royal Naval Dockyard nearby, the Rame Peninsula has always been strategically important and so the remains of many fortifications can still be seen throughout the area.

The Rame Peninsula, or ‘Cornwall’s Forgotten Corner’, is so called because it is situated at the extreme south-easterly corner of the county and, has so far largely escaped the over-development which has so plagued other less fortunate areas. It is bounded by the sea to the south, Plymouth Sound to the east and St John’s Lake to the north. The twin villages of Cawsand and Kingsand lie on the western shore of Cawsand Bay. The bay is flanked to the south by the wooded slopes of Penlee whilst on the northern side is the more open parkland of Mount Edgcumbe, a legacy of generations of landscaping and garden design undertaken by the Edgcumbe family during the 18th and early 19th centuries.

Until Tudor times there was very little settlement around the shores of the bay. Most people lived in scattered farmsteads around the ancient parish churches at Maker and Rame. The Tudors maintained a navy thereby gaining a degree of control of the seas which up until that time had been plagued with pirates; Vikings, Bretons and Corsairs. It simply was not safe to live by a beach. By contrast, neighbouring Millbrook, at the head of its tidal creek was relatively secure. As the navy grew during the 18th century Cawsand’s potential as a fishing centre could be realised and replaced Millbrook in this role. Subsequently Millbrook, due to its proximity to the burgeoning Royal Dockyard and the port of Plymouth, became a centre of industry. 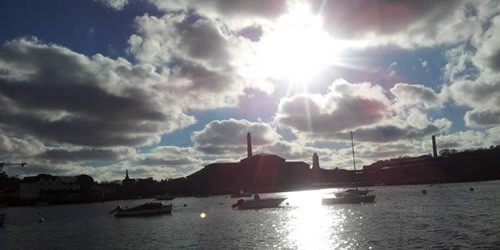 Fishing on a grand scale came to Cawsand Bay in the mid-16th century when a group of Plymouth fish exporters, in an attempt to evade Sir Francis Drake’s attempts to levy taxes to defend Sutton Pool, decamped to set up shop. The fish they were interested in was the pilchard, a mature sardine. Pilchards regularly arrived off the Cornish coast in immense shoals in autumn. The fish were encircled in enormously long seine nets, landed, cured and shipped off in barrels, mainly to Italy, where they were eaten on Fridays and during Lent. It must have been an enormous enterprise. The cellars where the curing took place were so big that the locals called them palaces and the ruins of at least six are still visible today, along with associated excavations in the rock.

The security provided by the navy enabled fishermen to venture further out to sea in bigger boats, & by 1800 there was a sizeable fleet of ‘hookers’ (long-liners) operating out of Cawsand Bay. The pilchard shoals, had by the 1820s ceased to appear so far east with any regularity & in 1850 the last seine net, plus equipment, was sold to a Mevagissey combine. The number of hookers also declined, unable to compete with the drifters & steam trawlers. The final nail in the coffin occurred in March 1891 when a blizzard swept in from the south-east and sank all but one of the hookers. 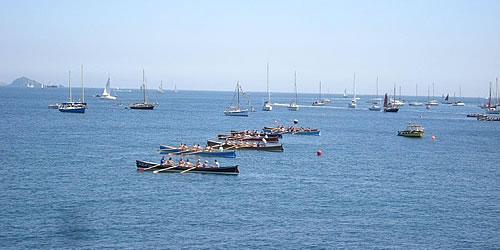 Fishing was not the only local enterprise which went through a cycle of ‘boom and bust’. During the 18th century Britain was almost constantly at war with either France or Spain, or both, and to pay for these wars the government put taxes on hundreds of imports. Consequently smuggling, or free-trading, as it was known was rife, especially in bulk goods which were easy to obtain and where demand was high. The heyday of the smuggling was the period from 1700 to 1820 when there were fortunes to be made and, curiously enough, the decline in smuggling closely coincided with the decline in fishing. Following the defeat of the French in 1815 the government, strapped for cash, turned its attention to remedying the colossal loss of revenue it was suffering at the hands of the smugglers passed some draconian anti-smuggling laws & established the Coastguard. By 1840 the combined effect of these measures was the virtual extinction of smuggling. 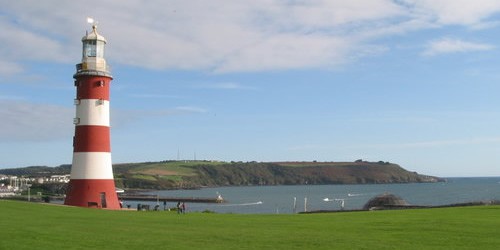 Proximity to Plymouth was to have other consequences for the Rame Peninsula. Its geographical location overlooking the seaward approaches is of great strategic significance and there are fortifications dating from the 15th to the 20th centuries. Among those remaining are the 18th century redoubts at Maker, the Garretts in Cawsand, Palmerstonian forts at Picklecombe, Cawsand Polhawn and Tregantle and the early 20th century big gun emplacements at Maker, Penlee and Tregonhawke.

Today the beach at Cawsand presents a vastly different scene to that of yesteryear. One hundred years ago it was a hive of industry with pilot and fishing boats, sailing barges, nets and crab pots, even washer-women, hanging their washing out to dry. Men, horses and donkeys would be at work on the Bound where the Coastguard boathouse was situated and where a blacksmith and stone-mason had their workshops. In 2010 the old fish palace that once housed a boat-builder and a fishermen’s store is now part of a hotel and the fishing boats and barges have given way to catamarans and kayaks and the fishermen by tourists and holidaymakers. A place of work has become a place of recreation.

Cornwall’s Forgotten Corner is bounded by the South West Coast Path. From the broad expanse of beach along Whitsand Bay, around the rugged cliffs of Rame Head and Penlee Point, then passing through the vernacular architecture of a Cornish fishing village and finally to wend its way through the ordered landscapes and gardens of Mount Edgcumbe with views overlooking Plymouth Sound.